3 June 1769 was an important date for James Cook and Joseph Banks in mid-Pacific on board HM Bark Endeavour. The scientific observation of the transit of the planet Venus was a pivotal event in Australian history. It took James Cook to Tahiti, New Zealand and the east coast of Australia.

It resulted, in 1788, in the first European settlement in the continent and, in time, to the dispossession of its Indigenous inhabitants. 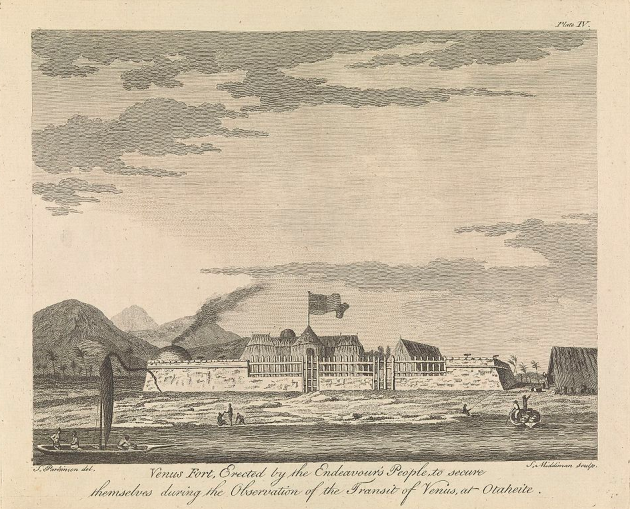 Venus Fort, Erected by the Endeavour’s People, to secure themselves during the Observation of the Transit of Venus at Otaheite, 1773
Samuel Middiman (1750-1831) after Sydney Parkinson (1745?-1771) Engraving
Plate IV in Sydney Parkinson, A journal of a voyage to the South Seas, London : Stanfield Parkinson, 1773
Rex Nan Kivell Collection NK2140/A,
nla.pic-an9308865, National Library of Australia, Canberra