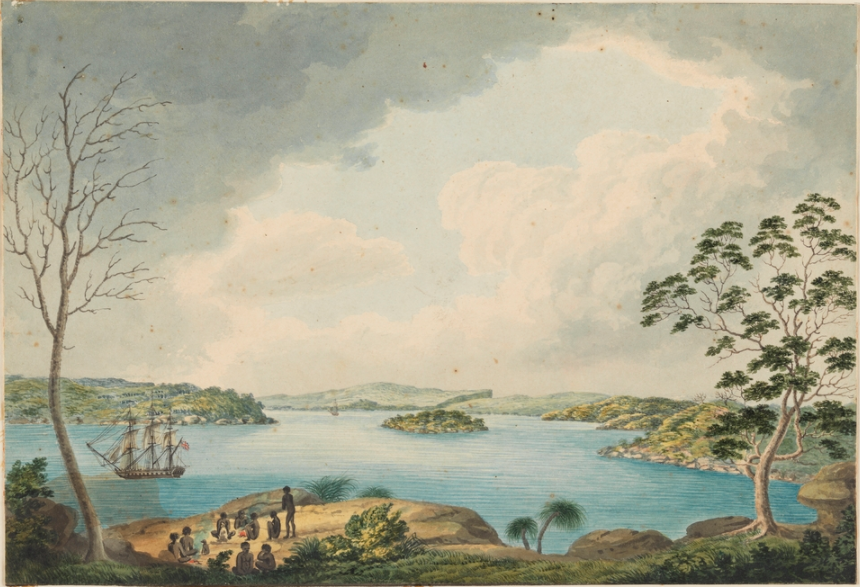 Despite dispossession, dispersal and decimation from smallpox, groups of Indigenous people continued to live in sparsely occupied areas of Port Jackson for more than a century after white occupation.

So I asserted in ‘Fringe dwellers: Nineteenth century campsites around Port Jackson’, Chapter 6 in my Master of Arts thesis EORA CLANS: A history of Indigenous Social organisation in coastal Sydney, 1770-1890, completed at Macquarie University, Sydney, in 2004.

My thesis was about the Eora, Sydney’s coastal clans, their culture, language and locations and the reorganisation and movements of the population that followed when a British convict colony was established in their midst. Most of all it was about individual Aboriginal people and their consequent life experiences.

My examiner, the eminent historian Henry Reynolds, wrote in his report:

It is meticulous work which is thoroughly convincing. It also gives the impression of care and caution, of assiduous sifting of evidence and rigorous testing of conclusions.

My other examiner, an accomplished linguist, the late Professor Colin Yallop, was naturally more interested in my first chapter on the Indigenous Language of Port Jackson and coastal Sydney.  He observed:

This is a very valuable piece of work. Smith has brought together the various vocabularies of the Sydney language and documented their origins, and that itself is a very useful contribution to our understanding of the people and language(s) of the Sydney area before 1788.

Scouring through library archives for evidence in journals, letters, books and manuscripts of the interested and well educated First Fleet officers who wrote down what they saw and what they were told by Aboriginal informants, I developed a research methodology based on original sources: factoring in language and anthropological concepts of kinship, reciprocity and vengeance to seek the authentic Aboriginal voice. I also found that portraits, captions and even charts can clarify official reports. 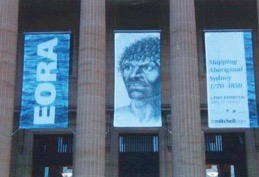 With co-curator Anthony Bourke I had the privilege to bring the story of Sydney’s original inhabitants to life, illustrated with 145 images and artefacts displayed on the walls of the Mitchell Library galleries in the exhibition EORA: Mapping Aboriginal Sydney 1770-1850 at the State Library of New South Wales in Sydney in 2006.

In her Foreword to the exhibition guide, Wilma Norris, then Acting Librarian & Chief Executive at the State Library of New South Wales, wrote (my emphasis):

The evidence of the archives of colonists — letters, maps, prints, books and drawings —can be direct and detailed, or fleeting and tangential. Together they create a surprisingly rich account of Aboriginal lives and families after contact, an account that runs contrary to the notion that colonisation completely displaced Aboriginal people. Indeed the testimony of Eora is of a continuing Indigenous presence in Sydney.

Through the eyes of the ‘Port Jackson Painter’ and the more accomplished Scots artist Thomas Watling, we can still gaze into the faces of the Eora as they look back at us.

The exhibition MARI NAWI: Aboriginal Odysseys 1790-1850 which I curated at the State Library of New South Wales and the book of the same name published by Rosenberg was based on my PhD thesis MARI NAWI: (‘Big canoes’) Aboriginal voyagers in Australia’s maritime history, completed in 2008.

This is an interesting book about a little known aspect of the activities of Aboriginal people who were associated with Sydney Town, Port Jackson, in the early years of the British colony. Well worth buying by anyone interested in what happened to Aboriginal people in the Sydney region after colonisation. There is often a perception that there were few Aboriginal people living in coastal Sydney in the early nineteenth century; this book clearly shows otherwise.

I am the author of two biographies dedicated to Indigenous Australians: King Bungaree (1992) and Bennelong (2001).

Inspired by the flamboyant character of the Broken Bay leader Bungaree, I began to research his life for King Bungaree: A Sydney Aborigine meets the great South Pacific explorers, 1799-1830, published by Kangaroo Press in 1992. Dr. Fred McCarthy, who had retired from a long career in anthropology at the Australian Museum in Sydney, encouraged me to study at university and wrote to thank me for his copy. The original typewritten letter is in Dr. McCarthy’s Archive at the State Library of NSW, Sydney.

I have read your fascinating book on King Bungaree. You have written a well balanced account of his life, and of the way in which he fitted into the life of the early colony. His assessment of the British settlers, and the ways in which he exploited them, are well brought out by you, and your book will remain a classic in the literature of the Aborigines, and especially of the contact period. He appears to have been a very intelligent man.

Bennelong: The coming in of the Eora, Sydney Cove, 1788-1792 was published by Kangaroo Press in 2001. It ended with Bennelong and his kinsman Yemmerrawanne sailing from Warrane (Sydney Cove) and the Eora world into a new Dreaming.

To find more about Bennelong’s tumultuous life, see Episode One of First Australians, directed by Rachel Perkins of Blackfella Films (SBSTV 2009) for which I was the senior researcher:  https://www.youtube.com/watch?v=J9mPBd8I3qU Similar  See also Finding Bennelong, a website hosted by The City of Ryde which was based on my research. Finding Bennelong |

I collaborated in 2009 with historians Kate Fullagar and Emma Dortins to contribute three essays about Woollarawarre Bennelong in volume 33 of the journal Aboriginal History.  Download as pdf files at <https://press.anu.edu.au/publications/aboriginal-history-journal-volume-33/download>

In 2011 I published an essay titled ‘Aboriginal life around Port Jackson after 1822’ on the Dictionary of Sydney website. I am beginning to post more biographies of Aboriginal people from coastal Sydney during this later period on my EORA • PEOPLE website.

My other entries on the DoS are biographies of Aboriginal people known to the First Fleet officers or, like Bungaree, pursued by European artists and observers. Go to the Dictionary of Sydney to see these profiles:

Go to the Australian Dictionary of Biography (ADB) for

Just Google ‘Keith Vincent Smith’ for further information about the EORA and watch this site.