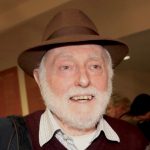 This website blog is slowly building to become a kind of Dictionary of the EORA, (DoE) – the Indigenous people of  coastal Sydney in the State of New South Wales, Australia.

In time it will contain the names and locations of clans and  biographies of many  Eora men, women and children, based on historical sources and  more than 25 years of patient and meticulous research.

It will also include profiles of Aboriginal people from other clans who married into or associated with the Eora, or came into the Sydney area to take part in ceremonies or battles – or to board mari nawi – sailing ships from Port Jackson.

I am an independent researcher and historian, not tied to any university or institution. Life wasn’t meant to be easy.

As Keith Vincent Smith I am the author of

As plain Keith Smith I worked as a copyboy and journalist on the now defunct Sydney Sun newspaper, having left school not long after my sixteenth birthday. After that I reported and edited for the News and Advertiser in Adelaide, South Australia and the Sydney Morning Herald in Sydney, my home town, now owned by the television group Nine.

In 1964 I was in Canberra on the inaugural staff of The Australian. From 1966
I was employed by Australian Associated Press in London and Vietnam, attached to the Australian troops at Nui Dat and in Saigon – and back in Sydney until late 1971.

It was fifty years on 5 May 2018 that four of my fellow correspondents in Saigon were shot and killed by Viet Kong fighters in Cholon, just outside Saigon, South Vietnam, now called Ho Chi Minh City. I had only been in the country for three weeks and was nervous, so I refused to join my mates with a seat  on the mudguard of the white Mini-Moke car in which they drove to their death.

Three were Australians – Michael Birch, my friend and colleague from Australian Associated Press (AAP), with whom I shared a flat in Phan Dinh Phung Street, Saigon, Bruce Piggott, his friend from Melbourne who worked for Reuters and John Cantwell, from TIME Magazine, was also from Sydney. The fourth man was a Cornishman from the United Kingdom, Ron Laramy, also from Reuters. They were great guys.

A few weeks later I took a Huey chopper to Fire Support Base Coral and on to FSB Balmoral , where I huddled, unarmed, in a bunker roofed with sandbags, most dug out of the clayey soil by Sgt John Murphy of Perth. That hole in the ground saved my life during determined waves of attack by North Vietnamese Regular soldiers on the night of 25-26 May 1968.

My wife Irene and I married in 1972. On our campervan honeymoon we started the ‘back-to-the-earth’ journal Earth Garden, which we sold in 1986 to Alan and Judith Gray, the present publishers and editors. I still write a quarterly column called ‘The Edible Garden’ for the magazine, now, like our marriage, in its 47th year.

In that period we wrote and edited many practical books, including several editions of the best-selling Hard Times Handbook, which became a Penguin book and was translated for a German edition.

You can hear the sound byte as Aboriginal songmen Clarence Slockee and Matthew Doyle sing Harry’s Song in ‘Harry / Corrangie’, my entry now online at The Dictionary of Sydney. It was recorded at the Conservatorium of Sydney by my friend, the talented pianist and composer Dr. Kevin Hunt.

THE DICTIONARY OF SYDNEY

From July 2017, The Dictionary of Sydney, an incredible historical resource with vast and intriguing content, has operated from a platform supported by the Mitchell Library division of the State Library of New South Wales, Sydney. Linda Brainwood had been its hard-working managing editor.

In 2006 Dr. Shirley Fitzgerald, City Historian of the City of Sydney from 1987-2009, became the inaugural chair of the Dictionary of Sydney Trust.

My first profiles of the Eora on the DoS began in 2008 with Colebee, the Gadigal clan head, then Gnung-a Gnung-a Murremurgan, Bennelong’s much travelled brother-in-law, in 2009, Arabanoo, the first Indigenous man captured by the British and Colebee’s nephew Nanbarry in 2010 … and so on to Maroot the elder and Willemering, the Broken Bay garadji (clever man) in 2016 and Boatswain Maroot in 2018. In total I posted 17 articles, with plenty more to come here on my blog.

The survey printed below shows how much interest exists in the Indigenous inhabitants of our beautiful city.

DICTIONARY OF SYDNEY TOP TEN, 2016-2017
Based on the Google Analytics report
Reprinted from The Dictionary of Sydney Update July 2017

With over 690,000 page views in the last year altogether, there were a lot of very popular entries, but here are the top ten, by number of page views.

Over half of these are about the history of Sydney’s Aboriginal people, reflecting our community’s desire for information and stories about Indigenous people, history and culture.

Two other articles by Grace Karskens also made our top ten, Appin Massacre (4015) and Barangaroo and the Eora Fisherwomen (3,265).

Andrew’s Wilson’s essay on the Atlas of the Suburbs of Sydney was viewed 4,343 times, followed by the Assassination attempt on Prince Alfred 1868 (3356) and Mark Dunn’s entry on Kings Cross (3317).

Val Attenbrow’s fascinating entry on the Archaeological Evidence of Aboriginal Life in Sydney (3, 248) completes the list.

Intrigued by his adventures, voyages, and especially his unique character and wit, I researched and wrote the life story of Bungaree, my first biography of an Indigenous Australian, ‘King Bungaree’, published by Kangaroo Press in 1992. Here is the speech I gave when Mosman Council unveiled the bust of Bungaree by Aboriginal sculptor Laurie Neilson at the entrance to Mosman Municipal Council.

So wrote Robert Burford, who included the figure of ‘King Boongaree’ or Bungaree, based on portraits by Augustus Earle, in his Panorama of Sydney, exhibited in Leicester Square, London, in 1829.

Yes, Bungaree was flamboyant, an actor in the streets and ‘wise enough to play the fool’. We know from official records, diaries, books and memoirs, newspaper stories and a wealth of portraits, that Bungaree fascinated his contemporaries. He was a curious and colourful character and everyone, it seemed, had a story or anecdote about Bungaree.

How do we gauge the value of a person’s life?
In the case of Bungaree, Shakespeare, as so often, was correct — One man in his life plays many roles [I actually said: ‘leads many lives’, a misquotation – KVS].

Bungaree was a joker, a beggar, a mimic – and a drunkard. He was brave and adventurous. He could find water and track animals or humans. He was also an explorer and a go-between who often risked his life by standing naked and unarmed between opposing blacks and whites.

He was born about 1775 on the north side of Broken Bay into a clan named in later Blanket Lists as the Walkeloa or ‘Brisbane Water Tribe’. In the early part of his life Bungaree was a skilled hunter. His pronged fishing spear seldom missed a fish. He sent his boomerang whizzing and spinning to its target – and he was the first Indigenous man seen throwing a returning boomerang in the Sydney area. The initiation scars on his chest and upper arms excited great interest among Aboriginal people in northern Australia, who thought he came from the sea.

In 1799 young Bungaree sailed with Matthew Flinders on the Norfolk to Hervey Bay. In 1802 he again joined Flinders on HMS Investigator, circumnavigating Australia. He earned Flinders’ friendship and respect.

Governor Lachlan Macquarie mistakenly thought Bungaree would make a good farmer and allotted land at Georges Head, where huts were built for Bungaree’s mob in 1815. Macquarie gave Bungaree a breastplate declaring him ‘Chief of the Broken Bay Tribe’, which gave rise to the derisive title of ‘King Bungaree’ bestowed on him by the colonial press. He wore the governor’s colourful cast-off uniforms and a cocked hat and Macquarie’s parting gift in 1822 was a suit ‘to dress him out as a Chief’. His successor, Governor Sir Thomas Brisbane, gave Bungaree a new uniform and a new boat called the Boongaree.

Bungaree went to sea again in 1817 at the age of 42 on Mermaid with young Phillip Parker King, later an admiral. King said he had ‘a sharp, intelligent and unassuming disposition’.

In her Mosman Address about Bungaree in June this year [1999], Kay Clark pointed out that the botanist Alan Cunningham had praised the ‘worthy Native Chief Bungaree and the character of this enterprising Australian’ – which made Bungaree the first individual known to have been called an Australian.

He met the Russian voyagers on Mirny at Kirribilli in 1820 and collected weapons for them that are still in Russia. ‘These are my people’ — ‘This is my land’, he told Captain Bellingshausen, pointing to the north shore of the harbour. Bungaree earned Bellingshausen’s grudging respect. ‘He is a generous man, generally beloved,’ he wrote.

Bungaree looked down from Georges Heights and when a foreign ship came through the Heads, he had two of his wives row him out to greet the Captain and drink his health – preferably in French cognac, but rum would do, or even Cooper’s beer if there was nothing else available.

When I wrote King Bungaree I recorded many things that puzzled me. Why, for example, did Bungaree greet the ships? Why did he ask for ‘loans’ or ‘gifts’?

After reading my book, Peter Tait, familiar with Aboriginal customs in the Northern Territory, wrote to me from Alice Springs, suggesting that Bungaree’s behaviour was firmly rooted in Aboriginal custom. Bungaree was a very senior man, with wide ceremonial affiliations and relationships throughout the Eora (Sydney coastal area) and north to Broken Bay. In Aboriginal society, said Tait, visitors customarily gave presents and, if they were not forthcoming, they were asked for.

Consorting with the Europeans, in time, brought about Bungaree’s love of bread, sugar and grog. Europeans did not understand the stresses of leading a double – perhaps multiple – life and made fun of him. Bungaree interacted with them and found a mode of surviving in the dominant society, seeking to fit strangers into customary roles and to create relationships of mutual obligation.

I seem to find out something new about Bungaree every week and recently read the journal written by William Proctor, a passenger on the John Craig which berthed in Sydney in December 1834 (now in the Mitchell Library, State Library of NSW, Sydney). It reveals that, four years after his death, Bungaree’s mob lived life in the same way as their father had at Georges Head in 1815 and at Kirribilli in 1820.

His sons Bowen and Toby, with Salamander and Bogy, lived in rock shelters at Camp Cove with nearly 100 men, women and children. They rowed fishermen about the harbour and showed them the best fishing spots and guided kangaroo hunters – taking a bottle of rum and leftover fish and game in payment. Bungaree’s elder son Bowen Bungaree, or Black Bowen (who went to California during the Gold Rush in 1848) died in 1853. Bowen’s and Toby’s children were baptised at St. Mary’s Cathedral in Sydney in the 1830s.

I asked at the beginning of my talk how we judge the value of a person’s life. Respect is an obvious factor. Bungaree earned respect from his own people and a string of distinguished Europeans, particularly Lachlan Macquarie and Matthew Flinders, who treasured his friendship while imprisoned by the French for so many years on Mauritius.

Bungaree was a celebrity and a wit and is represented in many surviving portraits, particularly the oil by Augustus Earl, which will hang in the National Portrait Gallery in Canberra [It now does]. Today at Mosman Town Hall, another image has been added to the gallery of portraits of this extraordinary and fascinating man in the shape of a bust sculptured by Laurie Nilson, himself an Aboriginal man.  — I can’t wait to see it!